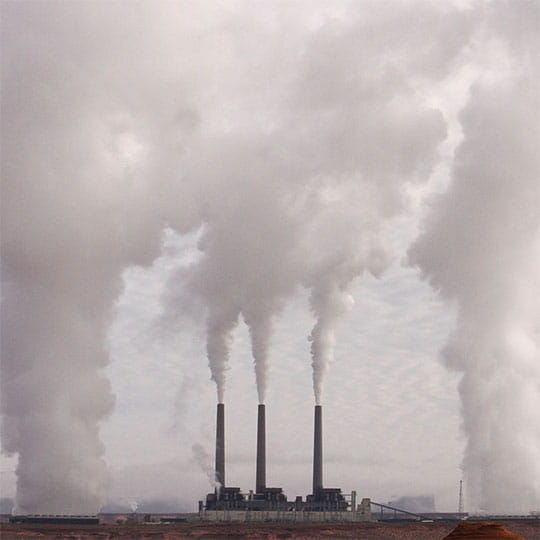 The topic of indoor air quality as indoor and outdoor air pollution is certainly not a new one. Throughout the earth’s 4,5 B year old history, air pollution was present originating from natural sources such as forest fires, volcanos and dust stoms. With the emergence of Homo sapiens, a new form of pollution came to be added to the naturally occurring one: Anthropogenic air pollution, originating from human activities such as fuel combustion for heating and cooking. However, man-made air pollution was insignificant to the natural background levels until the revolution of agriculture and the creation of mass settled societies.

Historian found records of 15th century B.C. Egyptian workers to face respiratory diseases coming from stone cutting particles. The father of medicine Hippocrates in his treatise air, water and places stressed the importance of air quality for good health at about 400 B.C. In the rapidly growing and more than a million citizen strong 1st century B.C. Rome, there are mentions for smoke clouds that forced citizens such as the philosopher Seneca to leave this city for health reasons (Mosley, 2011).

In modern history, man’s domination on earth, exemplified by the industrialization era that begun in the late 18th  century, let to an unprecedented scale of exploitation of natural resources such as fossil fuels and minerals, and along with that it let to ever increasing health hazards for the dominator itself. Indoor Air Quality is now a concser for everyone.  Ambient air CO2 levels saw a  sudden 40 % increase in the 1½ century following the industrial revolution as compared to the stable CO2 levels of the previous 200 000 centuries, thus exponentially increasing lung diseases, cancer rates, heart  attacks  and  strokes  among  other  hazards  for  the  current  and  next  generations. (Steiner & Steiner, 2011)

What about Indoor Air Pollution?

All was set to change in the mid-70’s were a number of transitions made indoor air quality a hot topic. Three catalytic factors have occurred according to Burroughs & Hansen (Burroughs & Hansen, 2011):

Similarly, the energy efficient houses tried to minimize natural ventilation losses by limiting the size and quantity of windows or making them more air-tight. To compensate for the decreasing natural ventilation mediums, mechanical ventilation systems were introduced to houses.   However   those   systems   were   usually   designed   to   re-circulate   the   existing conditioned  air  within  the  house  rather  than  to  bring  new  ambient  air  indoors.  The reasoning behind that was to save costs occurring from energy conditioning, an action that caused although the constant re-circulation of contaminated air within the house.

Where have those changes led us?

Those decreasing indoor air quality standards have let to buildings that have the potential of making  their  occupants  sick.    Terms  such as  the  Sick  Building  Syndrome  (SBS)  and the Building Related Illnesses (BRI) came to describe the new trends: (EPA, 1991)

The Sick Building Syndrome (SBS) describes a varied set of symptoms of discomfort such as headache; eye, nose, or throat irritation; dry cough; dry or itchy skin; dizziness and nausea; difficulty in concentrating; fatigue; and sensitivity to odors, all associated with an individual’s exposure to a building’s indoor environment. The exact source of the sickness is not known and is not directly identifiable and the symptoms gradually subside soon after the affected person leaves the building.

Building Related Illnesses (BRI) describes a set of intense symptoms such as cough; chest tightness; high fever, chills; and muscle aches related to a specific microbial sickness nourishing  in a  building’s  indoor environment.  The exact source  of the sickness can  be clinically identified and the symptoms can be prolonged or worsen even after the affected person leaves the building.

Table 1, based on a work by (Burroughs & Hansen, 2011) provides the most distinct symptoms when countering SBS or BRI sicknesses.  The BRI sicknesses are distinguished in their most frequent forms which are: the Legionnaire’s disease, humidifier fever, Pontiac fever, occupational asthma and hypersensitivity pneumonitis.  Dark grey areas describe the most characteristic symptoms experienced when countering one of those sicknesses and light grey areas describe secondary and usually not determining symptoms for isolating the source of the disease.

The table is meant to help the affected person to identify if his condition belongs to the SBS or BRI category rather than proposing a full-proof mean to identify the exact disease in the case of a BRI. Especially in the case where signs lead to a BRI illness, contacting a physician immediately is highly recommended in addition to any other measures that might be taken to  remedy  the  environmental  polluting  factor.  More  information  on  the  suggested countering measures will follow on part 2 of the research.

Even though indoor air pollution is becoming a hot topic for governmental policy concerns, still the majority of the US population has limited or no information about indoor air quality issues and its negative health potentials.  The mass media attempts to cover the subject is often incomplete, and instead focuses more on outdoor air pollution concerns. The ambient air is conceived by many city dwellers the most significant threat to their health and that often leads to a common misunderstanding that being in indoor, air-sealed environments is providing a safe ground for them.

However, the latter is a dangerous misconception hiding the real threat: According to EPA exposure to air pollutants in indoor environments is often 2 to 5 higher than in outdoors environments, and for specific contaminants such ETS smoke indoor concentrations can be up to 100 times higher (EPA, 2009) . In its 35 years in operation the EPA’s Science Advisory Board(SAB)   has been consistently ranking indoor air pollution    among the top 5 environmental health risks, attributing to it devastating effects to the public health and the nation’s economy. (Steiner & Steiner, 2011)

More worryingly, the modern urban lifestyle dictates that people are spending on average 90% of their time in indoor environments, meaning that their exposure to elevated air contaminants is almost continuous. (EPA, 2009)  Ironically, the most sensitive groups to air pollution such as the elderly, the young, pregnant women and the chronically ill are usually the ones that due to their lifestyle spend above the average time in polluted indoor environments. Those groups are also among the most limited in taking action in countering indoor  air  pollution, mainly  because  of financial distress, dependency  in others, limited mobility and lack of proper education of the matter.

You may search on  YouTube for a multitude of videos for the FDNS dust filter on SharkTank and other prominent shows. 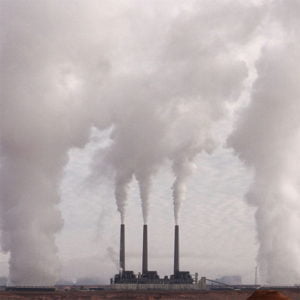